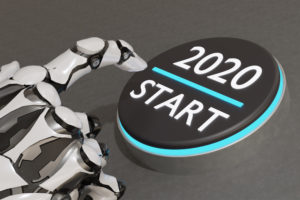 For what feels like a very long time, both news and politics have been dominated by one topic – Brexit. Regardless of which way you voted back in the 2016 EU referendum and the recent General Election, Brexit has allowed us to consider a number of national and international issues. Here are my predictions for the 10 biggest intellectual property (IP) and technology trends in 2020.

Oliver Tidman is the Founder & Managing Director of Tidman Legal and has extensive experience in the field of intellectual property helping businesses of all sizes and sectors protect, commercialise and enforce their IP, including trade marks, designs, copyright and patents.

Based in Edinburgh, Tidman Legal is an award-winning firm of intellectual property and business law specialists for entrepreneurs, inventors, startups and SMEs.